A client for MPD using CGI-BIN and BASH

Using BASH to create a quick web based lyrics/art view of a playing MPD instance, and using BASH and CGI to implement a web-based remote control for MPD. Originally, this repository just had the CGI implementation (cgimpd) of a remote control. Currently, it holds both that and a small script (mpdview.sh) that creates a lightweight web page that has information about what’s playing.

There’s a lot - a lot - of different web UIs for MPD. However, they often rely on PHP, databases, don’t have a feature I need (such as cover art), or have features I didn’t need (a separate webserver). So I decided to make this for a fast, basic, but featureful remote control/status implementation.

cgimpd can be installed on a remote webserver from the MPD instance. 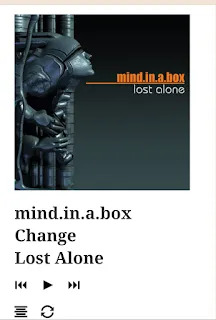 While I love ompd and rompr, I wanted something I could easily pull up and show folks when they asked what song was playing - or even leave up in the background without worrying that someone would accidentally click a button or press a key. mpdview does not require cgi; it runs separately on the server machine.

mpdview can also be installed on a remote webserver from the MPD instance.